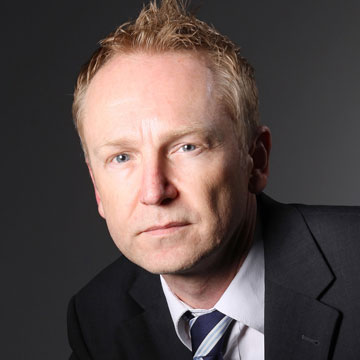 A recent BBC presenter described Tim as a "neuroscientist gone rogue" because he now applies his knowledge as a vision scientist to commercial questions around design optimization.

After graduating in Mathematics (Sheffield University, UK), Tim traveled the world as a software developer living and working in the US, Asia and Switzerland. He returned to university in 2005 to study Psychology and completed his PhD in visual neuroscience, decision making and aesthetic perception at Royal Holloway, University of London in 2010, where he continues to research and teach. In 2011 he co-founded Acuity Intelligence Ltd, which defines itself as a research company grounded on scientific principles, which specializes in real-world applications of eye-tracking, bio-metrics and cognitive neuroscience.

In the past 6 years, as Director of Research, he has headed-up all research and development within the company and has worked with companies as diverse as P&G, Coca-Cola, Unilever, GSK, Ralph Lauren, BskyB, The Guardian, the Walt Disney Company and Premier Foods to evaluate and optimize package designs, digital media, mobile apps and marketing strategy.

As an educator Tim has developed and implemented neuroscience programs for a range of academic and commercial customers. He recently contributed to BBC Radio 4’s Design Dimension, has appeared on a number of TV shows including Channel 4’s The Secret Life of Buildings, C4’s Embarrassing Bodies and BBC1’s Secrets of the Sales and was scientific adviser for the 2015 Toyota Tacoma “Sal a Jugar: Fun Games” advertising campaign. Most recently Tim was awarded Paper of the Year at the Marketing Week Insight Show in London for his presentation on using eye-tracking to detect unconscious shopper behavior.